Every packet that enters networking system (incoming or outgoing) will trigger these hooks as it progresses through the stack, allowing programs that register with these hooks to interact with the traffic at key points.

There are five netfilter hooks that programs can register with. Tollowing hooks represent various well-defined points in the networking stack:

iptables is userland tool that works with netfilter. Below diagram explains more about the relation between table, chains and rule. 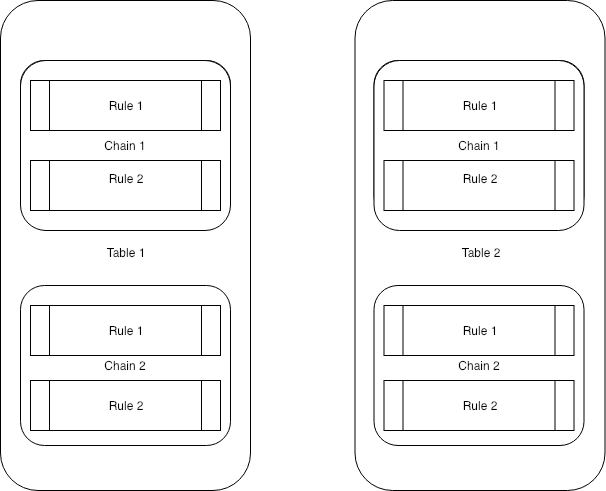 Each rule has a predicate and a possible action which is called a target. For a detailed list of possible target and jump values, refer: iptables - targets and Jumps.

Some of the most common ones are:

Note: IP masquerading allows you to use a private (reserved) IP network address on your LAN and have your Linux-based router perform some clever, real-time translation of IP addresses and ports. When it receives a datagram from a computer on the LAN, it takes note of the type of datagram it is, “TCP,” “UDP,” “ICMP,” etc., and modifies the datagram so that it looks like it was generated by the router machine itself (and remembers that it has done so). It then transmits the datagram onto the Internet with its single connected IP address. When the destination host receives this datagram, it believes the datagram has come from the routing host and sends any reply datagrams back to that address. When the Linux masquerade router receives a datagram from its Internet connection, it looks in its table of established masqueraded connections to see if this datagram actually belongs to a computer on the LAN, and if it does, it reverses the modification it did on the forward path and transmits the datagram to the LAN computer.

A picture I found at https://stuffphilwrites.com/2014/09/iptables-processing-flowchart/ was quite nice, it shows flow of packet. 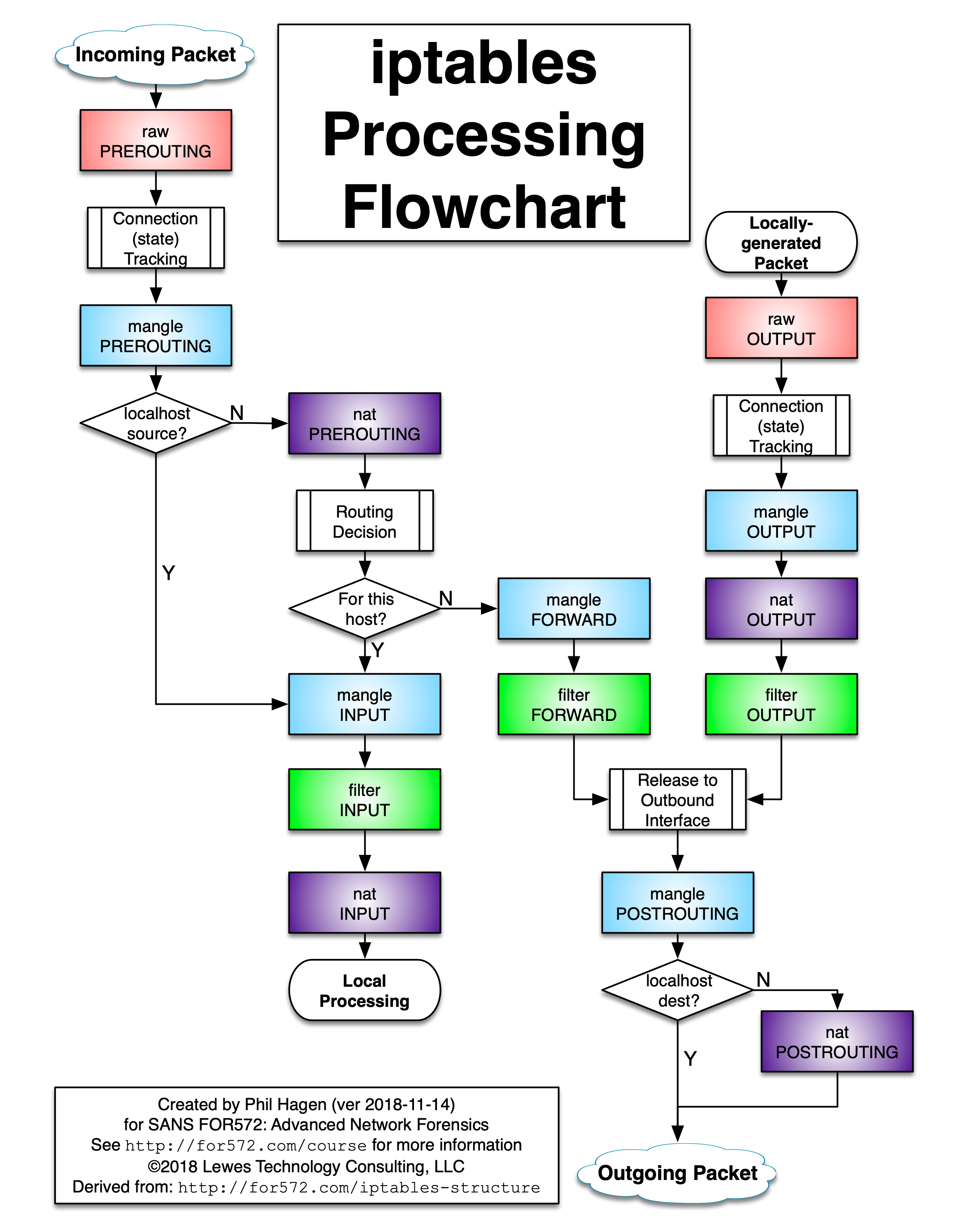 Please give feedback at email@murarisumit.in

Introduction to GnuPG, PGP and OpenPGP